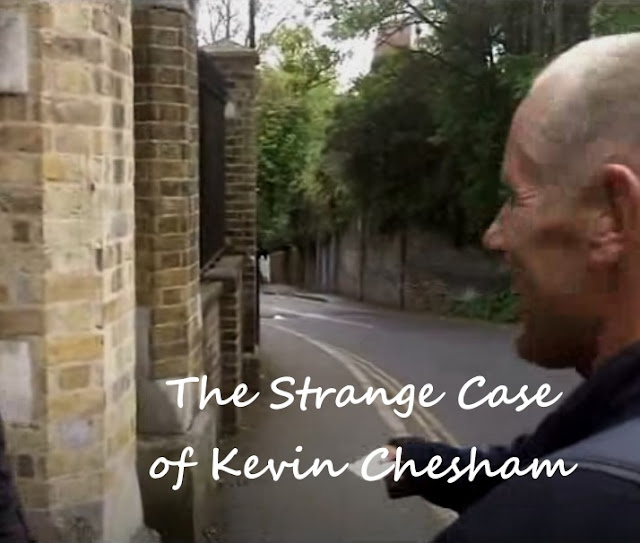 Kevin Chesham is sixty-seven years old today, and just how this curious character fits into the puzzle that is the Highgate matter is difficult to fathom. The truth, of course, is that he does not fit in at all.

I was acquainted with him by sheer accident of circumstance, not dissimilar to how I became acquainted with Farrant, but less so. Cheham should never have clung, but he foisted himself onto me, and thereafter insinuated himself into a small number in my circle. They did not take to him any more than I did really, but what does one do when somebody sends you gifts, albeit dubious in nature, and constantly feigns loyalty? My intuition told me early on that he was untrustworthy and devious. I should have listened to it. Yet he was not that important a figure to take any real notice of at the time.

He would appear to be listening attentively, but contribute almost nothing when a group of people were in conversation. Yet when alone with him, or perhaps with just one or two others present, he would talk inappropriately behind people's backs, always with cold detachment. He seemed to take pleasure in what struck me as unkind and frequently cruel behaviour. Perhaps I should have noticed the warning signs much earlier on, but I was seeing next to nothing of him down the years. When his behaviour became more bizarre I sought to excuse it; putting it down to his steroid use and him having had a stroke. That was silly of me, of course, and I ought to have distanced him much sooner.

Chesham has never bought me a book about spirituality or the supernatural, nor did he make a gift of anything vaguely esoteric or occult. It is difficult to imagine why he would do so, as he knew nothing about other worldly matters, showing no interest in such things when I was in contact with him; despite him being aware that I have written about these topics. For example, I presented him and his wife, Beverley Mason, with copies of The Highgate Vampire, The Grail Church and my novel Carmel. They made no comment. I doubt they even read these books. If they did, they showed no interest in their content. Carmel has some reference to Fascism, which he might possibly have resented, as his entire life was spent posing with Third Reich items when not reading about Fascism or listening to Nazi marching songs. The only DVDs he ever gave me were about Hitler, prefaced with "I don't know if you'll be interested in something like this, but I have another copy and don't need this one." 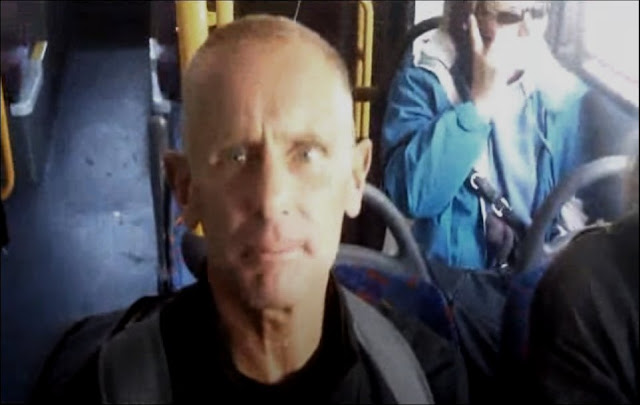 Why did Kevin Chesham enter into a relationship with Kerry Bolton, the founder of the Order of the Left Hand Path who had been a member of the Temple of Set (a breakaway group with Fascist sentiments that split from the Church of Satan) who at the time was secretary of the New Zealand Fascist Union and in 2004 became the secretary of the New Zealand National Front? Indeed, why did he remain in correspondence with Kerry Bolton after he had returned to the United Kingdom in the latter half of the 1990s, and ignore all my warnings about this man and his Nazi-satanic ideology? The alarm bells should have been deafening at this point, but I had seen it all before with people like John Pope, the same age as Chehsam (born one month prior), and it never amounted to more than farce.

I started to seriously question why Chesham and his wife, Beverley, began wearing Christian crosses around their necks in 2006 and 2007, at a time when their behaviour toward me was at its most treacherous. He stated all along that he is a Buddhist and has been for forty years. In fact, I have always found him to be exceptionally hostile to Catholicism, as was Farrant, of course, which was something they very much had in common. What was the purpose of him and his wife wearing crosses other than to deceive at a time when they had turned to the darkness, ie the Left-hand Path? 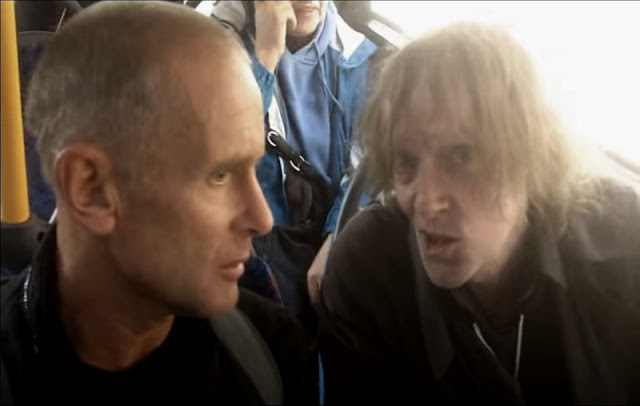 David Farrant, pictured above, alongside Kevin Chesham on a London bus, on 1 October 2008, posted out of the blue the following cryptic message on his blog: "I hear the Ches-nuts are really predicted to fall in force this Autumn. Especially near Basildon. Two of my researchers tell me (well, it won’t hurt to give their Christian names I suppose . . . Kev and Beverly [sic]) that they collected no less than 25 of the premature seeds while ‘Beating around’ in a nearby Lane not that far from the town itself. Small world isn’t it?" "Ches-nuts" referred to Chesham's surname and "Basildon" referred to Chesham's then town of residence with the precise location of his address at that time being contained in the numeral "25," and the words "Beating" and "Lane," ie 25 Beatty Lane, Basildon, Essex. However, Chesham and his wife soon took up residence at a different address elsewhere.

Few people would have recognised the significance of the hidden subtext in Farrant's cryptic comments. No less puzzling were certain noises starting to be made about his alleged knowledge concerning the Highgate Vampire case. Along with the age difference between Chesham and me, and that he was completely unknown to me at the time of the Highgate Cemetery occurrences, should be added the fact that in all the years I had known Kevin Chesham he had never once asked about the Highgate Vampire or indeed any other supernatural case. When he revealed no knowledge of Keith Maclean's part in the case (upon seeing a television documentary in which Keith featured) it became clear to me that Cheham had not even read my book. From that point resentment took over, and it would not be long before this petty individual was seeking out Farrant to offer his depraved services.

When Chesham and his wife, Beverley, in the summer of 2006 attended an old acquaintances reunion at my home it included Keith Maclean as one of a dozen or so guests. Keith would remark four years later in written correspondence to me: "The Devil is always looking over our shoulder, waiting for a chink to appear in our armour. Some do not have adequate protection when the spiritual struggle accelerates. Kevin and Beverley are without a shield."  Thus it would swiftly prove to be the case. 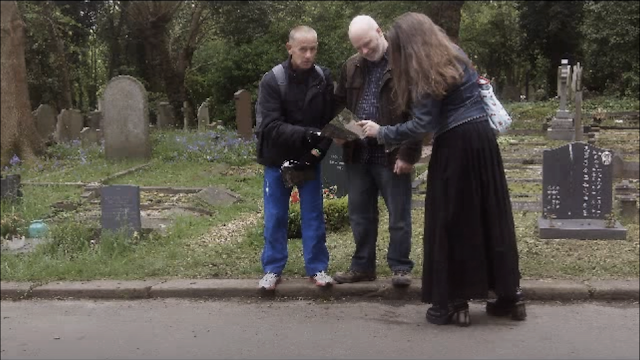 Chesham being shown something by a curiosity known as "Della Farrant" in Highagte Cemetery.

Kevin Chesham is sixty-seven years old today, and just how this curious character fits into the puzzle that is the Highgate matter is d...